I am not afraid to die. I just hope it is not painful.

By nature of my job, I have seen people die. I have gone to the ER to get a patient that, for all intents and purposes, was dead and we were a last-ditch effort to bring them back. And we could not. One patient, J, rolled into my procedure room and looked terrible and said that he felt even worse. I said we would see what we could do. Two hours later I was madly laying blankets over all of the blood on the floor and him because I didn’t have enough time to mop before the doctor brought the family back for their final goodbyes.  I was with my Grandfather the last few days of his life and saw immediately when he was going to pass.  This is one aspect of life I never thought I would become well versed in.

I certainly have never thought of how I would die. I don’t really live a super adventurous, daredevil-ish life, so there has never really been anything that I thought would kill me.

Until I tried to fly home from Brazil in June.

The two-week trip for my friend’s niece’s Brazilian beach wedding had been fabulous. We were in Praia du forte, which is a “resort” type village that other Brazilians go to for vacation. The posada (bed and breakfast) was great with really nice staff who humored me trying to speak Portuguese and ask for the wi-fi password. They served breakfast everyday and some of my favorite selections were pigs-in-a-blanket and chocolate chip cake. Life really couldn’t get any better than that!

On the day we left, the weather was beautiful and everything seemed fine until the plane made this really loud noise on takeoff from Salvador. My first thought was ‘I really hope that noise isn’t going to be for the entire time’. Well… it didn’t get better and turns out that the plane had hit a bird on takeoff which had destroyed the right-sided engines. We flew out over the Atlantic and every time the pilot would try to go up in altitude, we would just drift further down towards the water. Announcements were made to us passengers–but only in Portuguese–and the pilot was making circles around the ocean trying to dump enough fuel so that we could, hopefully, land back at the airport. I didn’t understand the announcements, but the guy sitting next to me started crossing himself–which is never a good sign–and I saw that some kind of smoke/mist was pouring in through the air vents inside the cabin. After about 20 minutes, the pilot managed to dump enough fuel and get us in line with the runway for an emergency landing. It was one of the most scary things that has ever happened to me.

When I got home and was relaying the entire saga to my Mom, one of the first things out of her mouth was ‘You need a will! Don’t make us fight the court for your stuff’. I have to admit that I had never thought about it. Or if I did, it was for a hot second to determine that I didn’t need one. I have never been married, do not have any kids–well, three cats who are as obnoxious as kids– and no money. What could there possibly be to leave anyone? Well, it turns out, quite a lot.

Today was the first entry on my Forty Adventures list: getting a will made! It was probably the most adult-ish thing I have ever done besides buying a house and a car. A friend and fellow member from the Junior League of Olympia (JLO) is an estate lawyer and this kind of stuff is her specialty. As it turns out, two days after the whole plane incident I was sitting behind her at a JLO training and asked her if she knew of anyone who drafted wills. Turns out, she did.

And thus the saga begins… 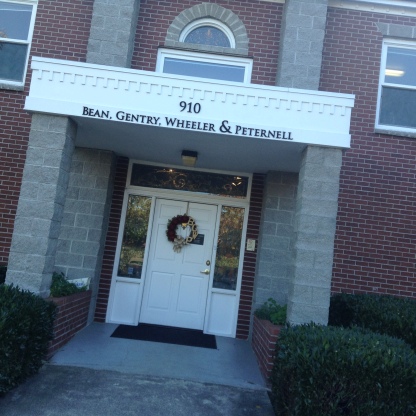 One thought on “I just hope it’s not painful…”